Have a nice daytime!

I was born on September 17th in 1971 in Baku city. My dad is chemical engineer and mother is a pianist. I’m Christian. Married. The son has been born in the summer of 2016.

The education at the Secondary School with the English language fundamental classes, the painting miniature classes at the Art Studio of Azerbaijan, fortepiano classes at The State Conservatory Based Music School and acting in the Children English Theatre have formed my further professional priorities. I was also lucky to show the high results playing lawn tennis.

In 1988 my family moved to Leningrad and I entered the Polytechnic Institute. Within the Institute years I worked as a tennis trainer in children’s summer camp in Fryeburg (Maine, USA), then I was lucky to get the practice in the full complex ads campaigns development in BBDO Ads Agency USA).

Being back to Leningrad I graduated from the State Foreign Languages University by extern examination. During the student years and some period afterwards I worked as simultaneous interpreter. I used to work instead of the University classes of course too.
In 1994 I graduated from the State Technical University (former Polytechnic Institute) and have got the Robotics Engineer Magistracy Diploma, but didn’t work due to my specialty any single day, and I’m not sorry about that till now.

After graduating from the University I worked in different Ads Agencies of St. Petersburg and Moscow starting as copywriter up to the chief art director.

In 1996 I was lucky to début as screenwriter and director on two projects. The first project was the TV film production of Larisa Pogoretskaya Fashion Show «The Classic Music of Flowers». The second one was the TV commercial with the pigeons for EXPRESS Paging Service Co. «The Classic Music of Flowers» film has been awarded on The «Cinema» Festival in the Director’s «New Names» nomination.

So my professional directing career has started…

In 2001 I’ve entered the Cannes Lions Ads Festival in St. Petersburg as independent director. It was a big luck! First I’ve been awarded with the Special Prize «For Intellect in Ads» with the commercial. And a short time later I’ve got a Diploma of the Second Place with «Russian Raviolis» with car racing of the red colored ZAZ and black
When I have appeared on the stage of the Viborgsky Concert Hall, I saw the sign on Diploma — «Leo Bagramov’s Studio awarded…»
So on November 16, 2001 the new full service production house with the very immodest name has appeared on the St. Petersburg ads market in a company of my partners and me.

The new projects, new researches, new solutions and decisions have followed then. Some of directing decisions were wrong, as for me, but some of them were really correct and successful. Some of my commercials have been awarded by the Local and International Ads Festivals, some of them has been on air in different countries, but some commercials have never been on air on different reasons. The «Old Tale» Russian vodka commercial have never been on air due to the New Law, prohibiting the alcohol products advertising, which have been accepted within the commercials’ production period. But this comm. entered William F. Arens «The Best Ads of the World» collection (San Diego, CA, USA).

I have a great pleasure to work, and succeed in shooting scenes with children of different ages, animals and birds. That is very interesting process because of we don’t have any universal methods in work together with such unordinary actors. You ought to find within the Period the correct key to each individual actor, making him be able to illustrate your idea to the audience.

I’ve got a big experience in stunt action shootings, within my directing period. The perfect arrangement, optimization and organization are very important within such kind of shootings. That will allow us to rich the truth in each frame and risks decreasing.

In 2010–2011 I worked as a Second Unit director on TV serial film «The Golden Trap» (RWS and ANIRO Film production), shooting stunt actions and acting scenes.

In 2011 Leo Bagramov’s Studio have won the tender and produced the commercials series production for ADV Werbung Advertising Agency (Berlin, Germany) for the new perfume brand BIRKHOLZ International GmbH (Berlin, Germany). So the Studio became the first Production House of Russia, which has produced the commercial for European Ads Agency and Client with the further Global series airs.

Studio is awarded for many times by the different Local and International Ads Festivals. More than 25 Awards in general.

With all the best wishes, 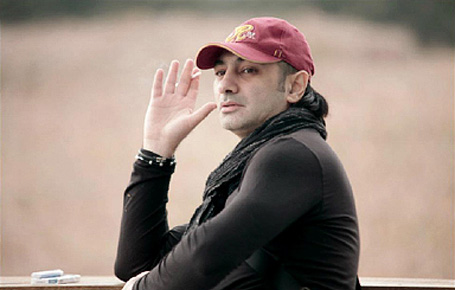